This butterfly has yellow wings. When I was tracking him he landed and I was looking for yellow wings, then I spotted him on this red flower. Day 242/365.

Walking around the neighborhood when I saw this large mushroom in someones yard. Loving to photograph mushrooms, I had to go into their yard. I didn’t trespass too much to get it, just about 2 feet (and it was their side yard, so hopefully I didn’t look to creepy! LOL  Day 240/365.

This is a 1915 Leaded Glass Globe and Dispenser. They said this is the rarest piece and the most exquisite artifact in the museum and truly depicts how ornate early soda fountains were.  Day 237/365.

Today a few of us from church went to a Coca-Cola Memorabilia Museum in Cedartown, GA.

“This 18 foot soda fountain was originally used in the Marquis, a pub in western London, until it closed in the 1960’s. After being salvaged almost 50 years later and undergoing a complete restoration, the museum had it shipped to Cedartown from London, England in an effort to create the most authentic soda fountain display possible.”  Day 236/365.

We got a miniature rose bush from some friends for our anniversary. Here’s one of the blooms. Day 234/365. 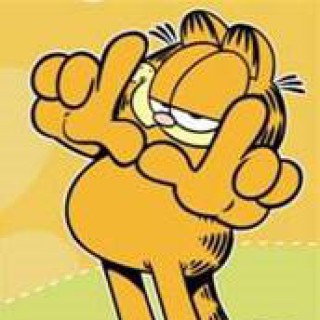 I enjoy taking pictures and want to learn more about photography. I also like to scrapbook and decorate cakes. I am a Pediatric ER Nurse. I am also a HUGE Garfield fan!

View across lake at the park

Little mushroom in my yard

Tree frog in a tree in my yard
Thanks for stopping by and visiting my page!